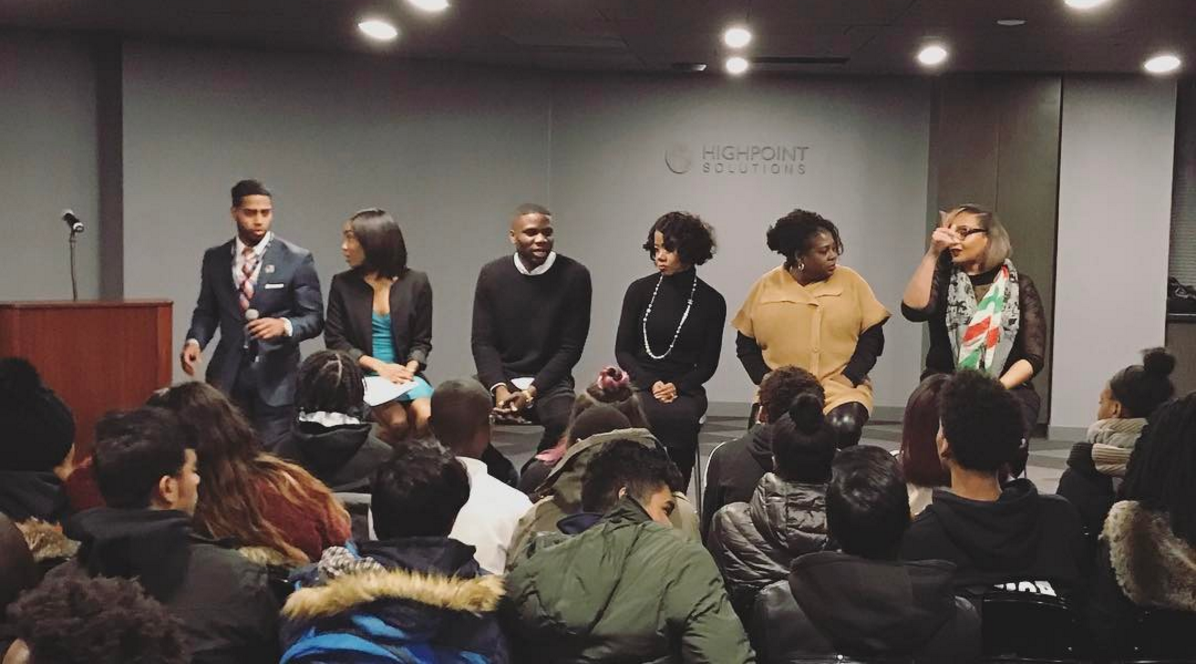 In association with the Shaw University New York Alumni Chapter, the Barclays Center in Brooklyn, New York, and the National Basketball Association (NBA), Luke Lawal, founder and CEO of HBCUBuzz joined a panel of dynamic HBCU graduates for HBCU Night with the Brooklyn Nets.

Featuring a dynamic range of panelists such as Luke Lawal, as well as Vice Presidents from Black Entertainment Television (BET), NBA, and the Thurgood Marshall College Fund (TMCF), the Brooklyn Nets hosted an exclusive HBCU Networking floor event. The event which was open to college-bound students from John Dewey High School focused on making sure the students were on the right track to take advantage of all higher education opportunities available to them. “I remember being in their position once,” says Lawal, an alumnus of Bowie State University, “it’s important for students to hear from those that were once in their position and have gone on to excel in the professional world because of the higher education opportunities they received both at HBCUs and elsewhere.”

A post shared by Luke A. Lawal Jr. (@luke.lawal)